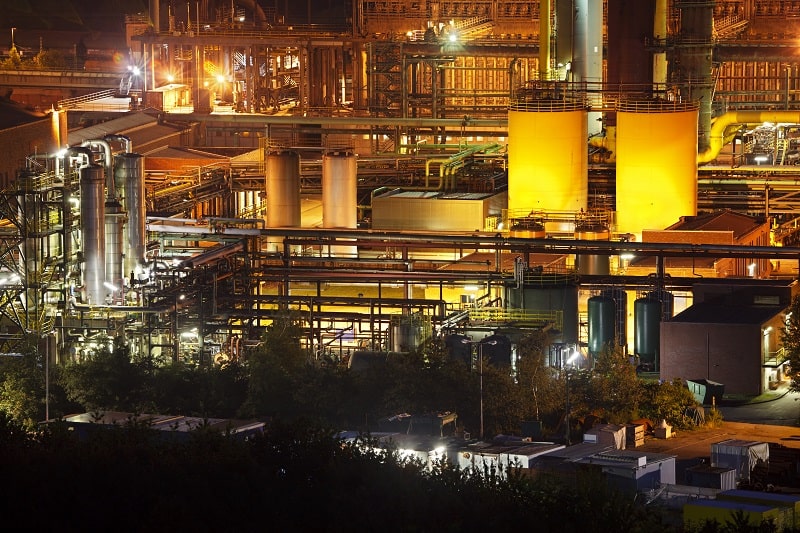 Primary production and industry are key to global and regional economic success. The process of gathering raw materials, refining them to form usable products, and then transporting them to markets requires extensive infrastructure. In developing countries, infrastructure requires financing from the International Monetary Fund (IMF), other foreign aid, or private sectors. Often, this infrastructure is inadequate to meet domestic needs. The increasing dependence on imported goods and the need for lower-priced products has prompted several international companies to set up manufacturing and industrial facilities in countries such as China, India, Vietnam, and Indonesia.

Many of these companies employ hundreds, if not thousands, of workers. But a closer examination of the types of jobs typically performed by such companies reveals a surprising lack of skill and trainedness. Typically, workers are paid low wages and given little chance to obtain professional certification. Often, they are only marginally qualified to do the job, which are further worsened by the lack of benefits, adequate training, and regular job descriptions. Thus, production and industrial workers are often poorly compensated, with little or no protection from physical, mental, or emotional abuse.

Some international companies have taken steps to address issues of worker welfare in their supply chain. For example, Wal-Mart Stores and Costco, two of the largest discount retailers, have unionized their labor forces. In response to increasing labor rights abuses and lack of educational opportunities for many of its employees, the company has made major improvements to its manufacturing policies. Its supplier factories, which supply Wal-Mart and Costco, have made important strides toward improved working conditions, compensation, and benefits. However, the two largest private warehouse operators in the country, HAP and CFactory, have not adopted measures aimed at improving working conditions in their own factories. These two companies, along with three other large apparel manufacturers in the Philippines, face serious worker rights abuses and poverty-related poverty in the country, particularly in its garment industry.

Want to read an article about Maxtrusion – Technik on our blog

The Labor Relations Act passed in 1994 promises some improvements for Filipino workers. Unfortunately, these advances have been few and far between. The Act promises to improve the rights of Filipino employees to ensure better working conditions. However, the law fails to prohibit employers from arbitrarily discriminating against employees, or from preventing employees from unionizing or seeking improvements in working conditions. As a result, the Act remains ineffective as far as protecting Filipino workers in the workplace.

The lack of effective laws and remedies for employment practices such as discrimination and abuse makes the rights of Filipino workers difficult to protect. The rights to fair wages and employment are even harder to secure for foreign companies operating in the country. Companies that send Filipino laborers into the United States or other countries cannot rely on the United Nations Human Rights Commission’s recommendations or other available domestic legal remedies. The rights of Filipino workers also appear to be severely lacking in the context of abusive and exploitative conduct within the apparel and service industries. This leaves international companies with very little recourse when confronted with abuses by Filipino workers.

Even with the Act guaranteeing workers’ rights to fair wages and employment, many abuses to go unchecked. Labor brokers, job recruiters, and middlemen still take advantage of Filipina and foreign workers in the apparel and service industries, demanding large sums of money in exchange for signing contracts, securing jobs, or otherwise negotiating compensation terms. The high cost of labor in the United States – one of the reasons why American companies prefer to employ Filipino laborers – contributes to the prevalence of forced labor and other abuses in the garment industry.

Far from ensuring greater rights for Filipino workers, however, the Act may do little to protect them. Many employers in the apparel and service industry rely on private networks to find workers. These networks allow employers to use their informal power and contacts to coerce workers into accepting wages and conditions that would otherwise be unacceptable. While the Act stipulates penalties for such conduct, it does not explicitly apply to private recruitment efforts. The lack of enforcement means that although international companies may be aware of rights violations, they may not be required to act on them.

Because the rights of Filipino and foreign workers are typically quite poor, many victims remain vulnerable to forced labor and other abuses. Many foreign and Filipino workers remain stuck in poverty, unable to support themselves or their families. The Act provides a limited remedy by setting the minimum wage and other legally binding agreements but offers no protection against employer discrimination or harassment. Proving discrimination against an employee on the basis of race, nationality, gender, or religion is extremely difficult, if not impossible.